Judicial Review refers to the way in which the Judicial branch fits into the system of checks and balances; federal courts have the right and the power to decide whether or not a law or act is constitutional. The Supreme Court and the federal courts have the power to overturn any congressional or state legislation or other official governmental action that found to be inconsistent with the Constitution, Bill of Rights, or federal law.

The Courts of Appeals (or appellate courts) hear appeals from the (district) courts in the 94 federal judicial districts.  These 94 districts are organized into 12 regional circuits, with a U.S. Court of Appeals in each distict.  Each court of appeals has jurisdiction over its circuit.  Additionally, the Court of Appeals for the Federal Circuit has nationwide jurisdiction over specialized cases, primarily tax, patent, and international trade cases and appeals.

There are a number of courts that have jurisdiction over certain types of cases.  Links to the sites for these courts are below: 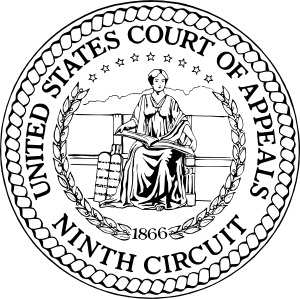 Seal of the 9th Circuit Court of Appeals