Government Information: The Executive Office of the President

Executive Office of the President - Introduction

Office of Management and Budget

The role of the Office of Management and Budget (OMB) is to assist the President as he or she prepares the Federal budget, which includes evaluating the effectiveness of the programs, policies and procedures of Federal agencies.

Office of the Vice President

The Vice President is the person, designated by the Consitution, to succeed to the Presidency in the event of a vacancy caused by the President's death, disability, resignation, or impeachment. 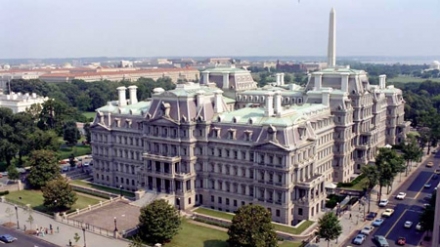 image of the Eisenhower Executive Office Building from whitehouse.gov