In the Oxford Companion to Politics of the World, Lorenzo Morris defined public policy. "In its most commonly understood form public policy is the output or product of government action. It is what comes out of the governing process in terms of the selected goals of public officials and the impact on society of pursuing those goals." Morris goes on to describe current views of public policy as circular, and that policy involves and begins and ends with political and social groups with interests in and a focus on certain issues.

The circular nature of public policy and the influences of government, social, and political groups, can be seen in the graphic depicted in the box to the right, which was developed by PSU Librarian Kimberly Pendell.

A big part of public policy is the formation of legislation, from the inception of ideas based in problems to address with policy, and how they weave their way from an idea into a piece of legislation that becomes law. The graphic to the right from the Oregon State Legislature depicts this process.

The following graphic represents the circular nature of public policy. While the graphic focuses on social policies, the idea of circularity can apply to other kinds of public policy as well.

The image was developed by Kimberly Pendell, Portland State University Librarian for Social Work and Sociology. 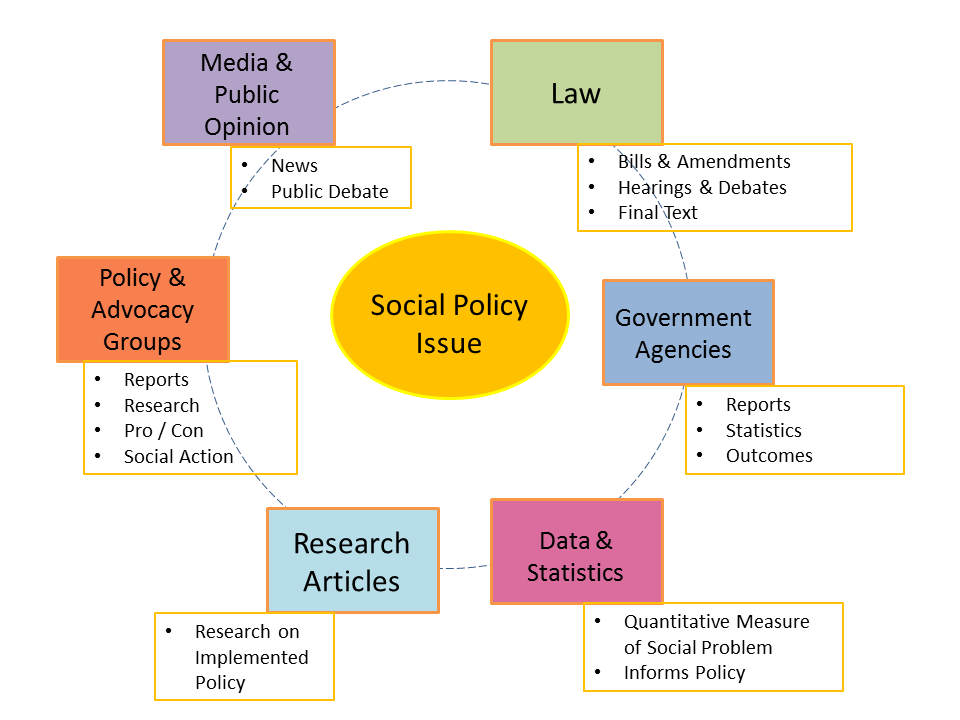 How a Bill Becomes a Law

The following image from the Oregon State Legislature provides a good visual overview of the lawmaking process. 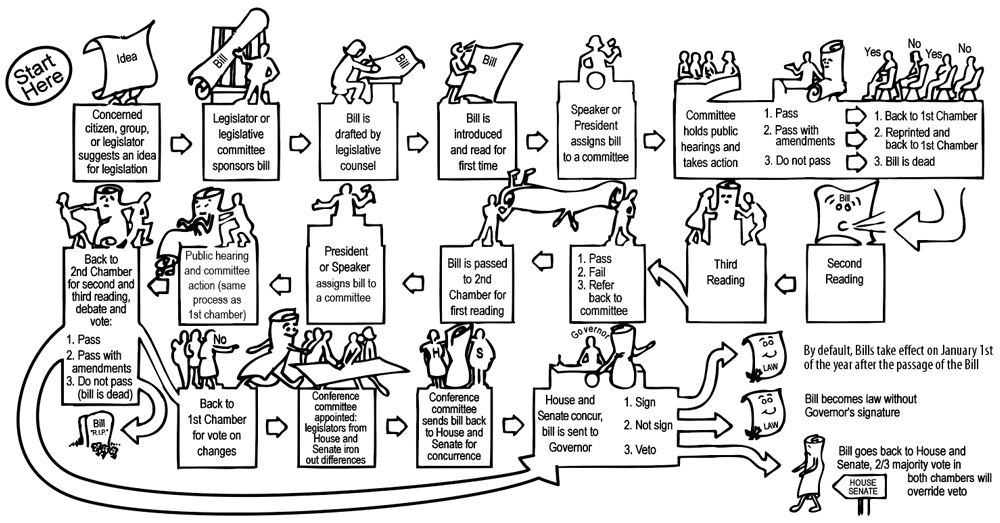