An overview of resources for researching the history of the Pacific Northwest, with an emphasis on primary sources.

Many libraries, museums, and archives have digitized their historic documents and photographs and put them online in digital libraries. Here are some large collections relevant to the Pacific Northwest that you may want to explore. 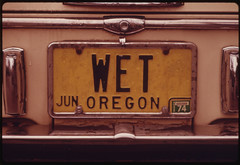 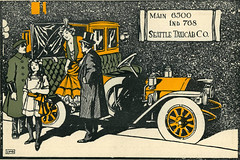 This is a very preliminary list, and it will be growing. If you have suggestions, please let me know!

On the right: Seattle Taxicab Company Advertisement, 1911, from the University of Washington Digital Collections via Flickr Commons.

Some large, national digital libraries have a great deal of content relevant to the Pacific Northwest. Here are just a few.