Tip: If you are searching by a bill number (e.g., H.R. 1826) you also need to know which congress (e.g., 111th). Congress reuses bill numbers, so the same bill number in different congressional sessions will be about totally different topics. 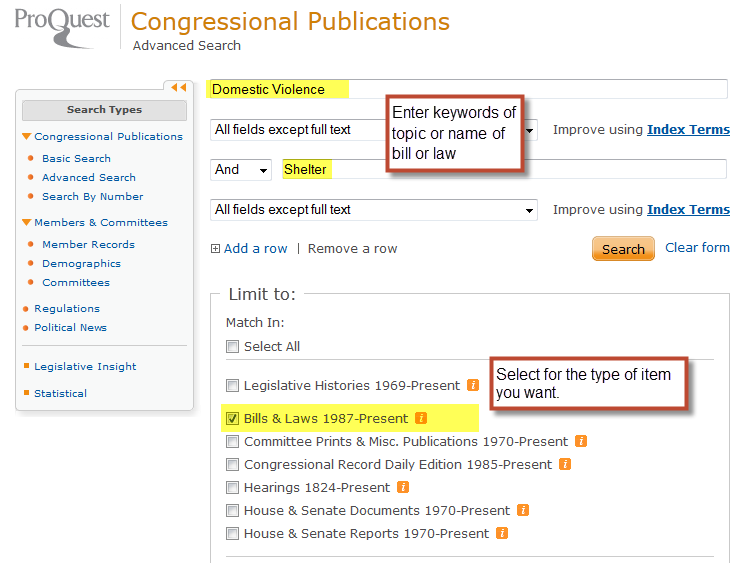 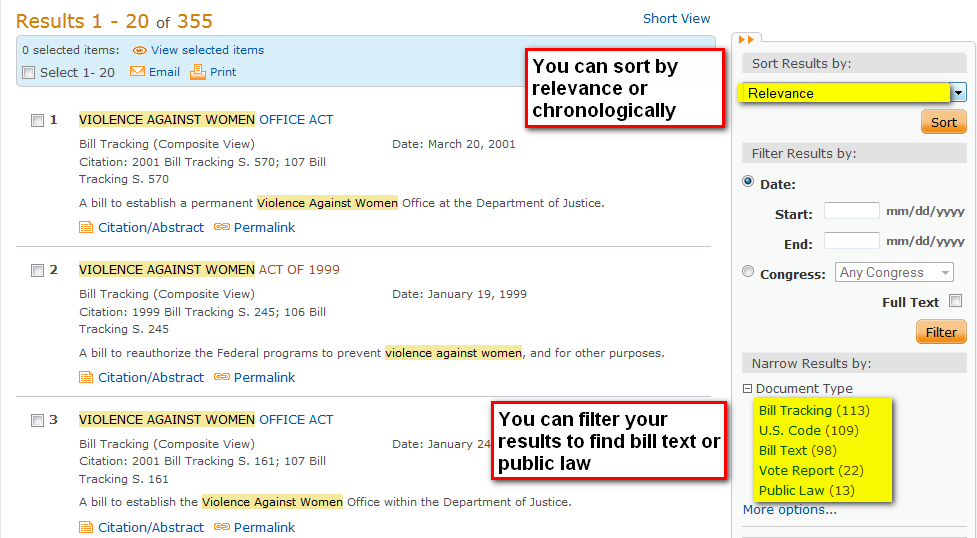 Need a bill or law number?

Try Wikipedia; Wikipedia often provides you with important details such as the bill numbers of related legislation. Of course, Wikipedia doesn't have everything, but for the more discussed policies both national and state, there's a good chance it will be there.

Public Law: A bill or joint resolution passed by both the House of Representatives and the Senate in identical form that has been enacted into law. Public laws affect the entire nation. A Public law is designated by the abbreviation “Pub. L.” followed by the Congress number (e.g. 108), and the number of the law. For example: Pub. L. 108-211.

Statutes at Large: The official source for the laws and resolutions passed by Congress. Every law, public and private, ever enacted by the Congress is published in the Statutes at Large in order of the date of its passage.

Regulations: administrative laws of the executive departments and agencies of the federal government. The Code of Federal Regulations is the codified form of rules and regulations issued by federal agencies. It is arranged by subject and has fifty titles (or subject areas). The legal citation, 26 CFR 1.101-1, refers to the title number (26) and the section number (1.101-1).

Adapted from the Library of Congress, Congressional Glossary and Administrative Law Guide .

Want a good overview of current and past federal policies? See if there's a Congressional Research Service report! CRS is the public policy research arm of Congress. This legislative branch agency works exclusively for Members of Congress, their committees and their staffs.